I've been having fun recently making fantasy costume pieces with feather trim.  These were originally inspired by my warrior queen styling research and have grown from there.  I'm nearly finished a turquoise cape and I've started making a dress - this rookie dressmaker is doing not bad for a beginner!  I've mastered threading the sewing machine and now there's no stopping me.  When I was in London the other week I had a look round Shepherd's Bush market and saw so many fantastic fabrics which have given me lots of ideas for making clothes from jackets to cocktail dresses.  Where will this end.... 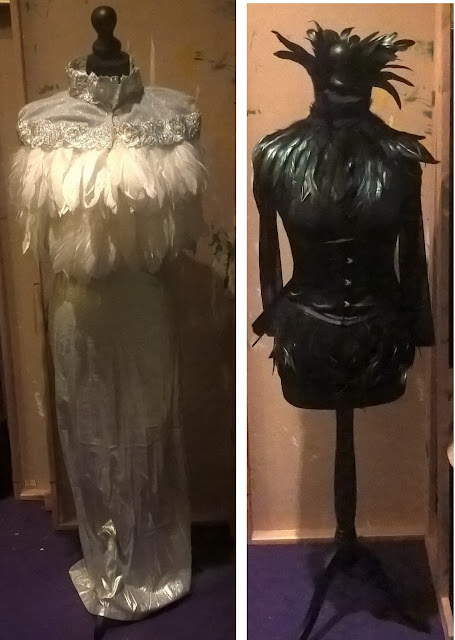 I was contacted by the Editor of Westender, a Glasgow magazine focusing on the West End of the city's attractions and businesses, to find out if I was available to work on the fashion feature of their next issue (August/September edition).  Fortunately I was, and I soon met Suzanne and photographer Gregor for an introduction before starting to plan the shoot.

At the meeting for planning the shoot we chatted about trends and the theme they wanted to go for in the mag, which was a Paris orientented idea with quite classic looks, and the ideal location was a rooftop.  As it turned out, getting the location confirmed was the trickiest part of organising the shoot.  The subway was another option, Buchanan St has a very funky futuristic looking travelator but to use the underground network you have to book quite a while in advance and SPT does like a fairly substantial fee.

I put moodboards together for seven looks, and was formally introduced by Suzanne to the shop managers in the West End before borrowing clothing from them for the shoot.  As it turned out, getting the looks together was easy, no hiccups at all!

The shoot day was great, super location found just off George Square in the city centre, fantastic team completed by brilliant MUA Terri and lovely model Rosalind.  The day flowed so easily and was great fun, but typically the rain poured down for our last look so we went with it and went for a walk in the rain idea which Rosalind was totally game for!  I was really pleased to see the images in print a few weeks later. 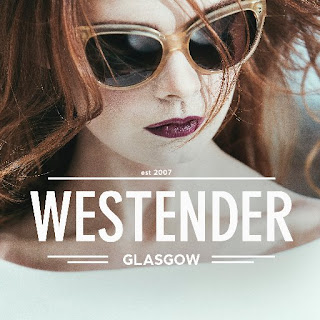 I was called again a good few weeks later to find out if I could work on the October/November issue, and was really pleased to!  This theme was futuristic and metallics - my favourite - so it was a total pleasure to choose outfits for the look.  I got my moodboards planned, and checked out what the shops had and had more than seven looks prepared, which as it turned out was lucky as the pick up days were throwing problems at  me!  Three shop managers were on holiday or otherwise unavailable and the staff in the shop at the time didn't recognise me (fortunately I plan in advance and start pick up at the start of the week so I give myself a spare day if things like this happen).  So I looked back at my moodboards and changed round a couple of the ideas to give myself the number of outfits needed for the shoot and got all that I needed.  I also borrowed some striking pieces from a couple of up and coming designers, Fictional Character and Fiona Kennedy which really helped the fashion feature look amazing!  We had a brilliant location, the SWG3 venue which suited the shoot theme incredibly well and was a great place to work.

We had awesome Terri on make up again, and a lovely model called Eilidh, a photography assistant who filmed behind the scenes and again the day went by smoothly.  Seeing the images as Gregor took them was great, we were able to see the great images being caught as the day progressed. 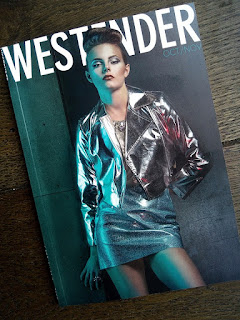 So, it was absolutely great to be part of this fantastic team and to see my work in print in front of me, not to mention the appreciation on social media!  This week we're planning to get together to discuss the theme for the next issue, the festive one so that should be a really amazing shoot with some wonderful looks I can't wait for!
at October 01, 2017 No comments: