Focusing on women’s workwear, I want to show how to put across your credentials and character.  There was always the idea that to be taken seriously and to be smart business wear had to be in darker or at least neutral colours.  Even now Pinterest searches give work wear in dark or neutral colours, like colour undermines being serious. If you have the confidence in your ability to deliver competently I believe you don't have to demonstrate a less than bright image to convey business acumen.  A Harvard Business School study found that dressing distinctly could make a woman appear confident and influential, two qualities especially relevant for courtroom lawyers.You're still entitled to have a personality - being professional and having character are not, or shouldn't be, mutually exclusive. Strength of character is what enables you to reach your potential and a vibrant confident image expresses this so I encourage you to show that - let’s look on the bright side.

I want to add another layer to image consultancy by enabling someone to be able to clearly demonstrate who they are as "style is a way to say who you are without having to speak." I want to go beyond flattering the figure so that the clothing reflects the aspect the person wishes to convey at a particular time.  By discussing with someone how they want to be perceived and helping them choose the right clothing they’ll represent and convey themselves accurately.  Wardrobe is the underlying “base note” pulling together your public persona, and styling is costume design for every day.

First, a summary of women's office wear over the last several decades.

In the 1950s women's workwear was a Chanel signature - slim fitting tweed suits of below the knee skirt and matching cropped jacket.  In the 60s it was an a line shift dress, a simple blouse in monochromatic colours, pillbox hats and kitten heeled shoes. 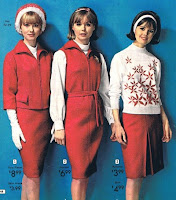 Women began entering the white-collar, ascendant-oriented workplace in record numbers back in the 1970s.  The trouser suit was very popular, frequently worn with tie neck blouses and fitted blazers. 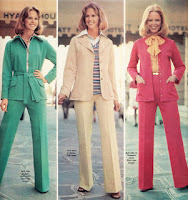 The eighties was the decade of the power suit with women wearing more masculine tailoring - jackets with shoulder pads, boxy blazers with straight conservative skirts and femininity was added with blouses with bows. 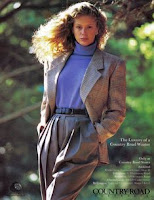 The 90s were more minimalistic, and then dressing down became more widespread. Women were becoming more original and inclined to adapt their wardrobes to their lifestyles which included wearing trousers instead of the traditional skirts with jackets for the office. 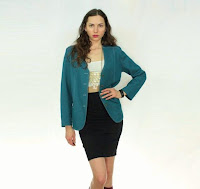 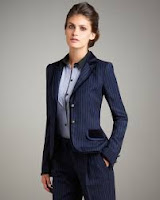 Today, political leaders Hillary Clinton and Angela Merkel “have chosen to look matronly,” says French-born long-time women’s image consultant and wardrobe stylist Michele Oppenheimer, whose more than 25-year list of career credits began at Galleries Lafayette in Paris and includes working with Giorgio Armani, Neiman Marcus and Saks Fifth Avenue. “Clinton and Merkel look like grandmothers, which might help them to not appear threatening.”  In the transition to women achieving power they are being relatable characters along a trajectory to guide us to taking it for granted that women are strong leaders in their own right. 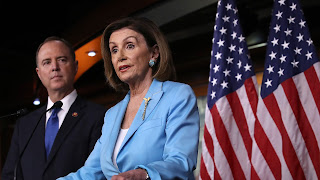 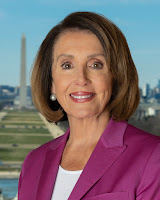 “Women want to exist beyond reductive influences - using colour is one way of doing this.  Colour has a huge positive psychological impact as it's a shout of individuality.” says Susie Cave, wife of musician Nick, who owns the label The Vampire’s Wife.

Issues of class and gender surround black clothes - black has been linked with money and taste since the 1500s.  But at least fashion experts are no longer urging women to wear black clothing to look thinner or less distracting in the workplace.

Naomi Wolf, author of The Beauty Myth, is optimistic. “If women are embracing colour, it suggests that they are confident they can be taken seriously without wearing black,” she says. “If people aren’t choosing clothes primarily to appear smaller, I think that’s really politically important. It says: “I’m here and I’m not ashamed:  It’s very non-apologetic.”  I wondered if colour is perceived as childish?  Colour sends messages.  In the 90s, colour analysis meant finding out if you were “cool autumn” or a “warm spring” in order to buy a jumper that would make you look vibrant. Now, colour chat is more about politics, identity and mood.  Bright colours are increasingly used for protest, from pink pussy hats to calls to wear red for International Women’s Day, or green for Grenfell or orange for gun safety.  WGSN’s colour director, Jane Boddy, believes we are all increasingly aware of “how colour connects us, as human beings, and how we use it as a tool to define us.”  The Queen, for one, dresses brightly to ensure visibility. 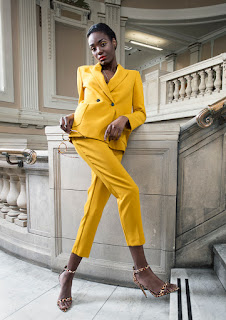 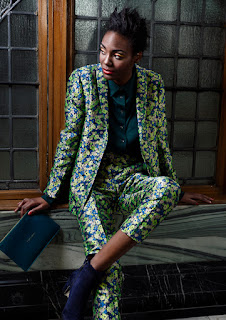 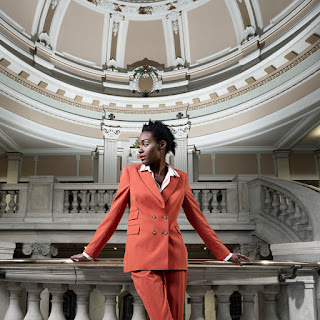 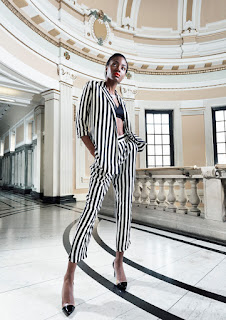 Style Tips For Women Leaders
For the woman whose leadership role is a bit less stellar, but still in the spotlight, here is a short list of style tips that will help ensure your audience discusses your comments rather than your couture:
1. Go for balance between being attractive and powerful. “To achieve a balance has a lot to do with the totality of clothes, grooming and attitude. The hair has to be shiny and vibrant, the makeup flawless and the clothes should be clean, well pressed and fit perfectly,” says Oppenheimer. Power is sexy – remember the late British Prime Minister Margaret Thatcher who wore “power” as well as she wore her legendary pearls.
2. Be “fashionable,” but not “trendy.” “Women in a leadership role should be classic and perfectly put together,” advises Oppenheimer. “Clean lines, perfect tailoring and exquisite fabric transcend time and trends.” In short, it’s worth spending a little money on your clothes – a point also made in another quote from Polonius’s advice to his Paris-bound son:
“Costly thy habit as thy purse can buy,
But not express'd in fancy; rich, not gaudy.”
3. Think color. “All shades of red, preferably a blue-red, and black convey leadership and power,” says Oppenheimer. “Avoid yellow, unless you want to look like a bird.” (Ed note: No, Oppenheimer did not really like First Lady Michelle Obama’s choice of color – mango - for the President’s State of the Union speech January 12, though she does applaud Mrs. Obama for finding simple cuts that flatter her.)
4. Adapt to your environment – including the casual chic of today’s start-ups. “If everybody wears jeans, find a pair of jeans you look good in, and make sure they fit well,” Oppenheimer suggests. “In many of these types of informal settings, jeans, tee-shirt and jacket - all very fashionable of course - can work very well. But white shirts, sweater sets, or a little dress are also sometimes appropriate. You can be casual chic and “in charge” without wearing a suit.”
5. Adapt “day-for-night” style. You can indeed go from office to dinner with the right moves. “You start by refreshing your makeup, put on heels instead of flats, and change other accessories such as scarves and jewelry,” says Oppenheimer.
6. It’s about projecting YOU. “It all depends on what fits best and projects an appropriate image that you will look and feel relaxed in,” says Oppenheimer. “The key is to remember that the woman wears the clothes, the clothes don’t wear the woman.”
And as Polonius reminded his Paris-bound son, projecting the right and true image does more than make you look good in the spotlight. It can make you a better leader overall: