My dislike of the commercial world means I look for and create alternative realities.  I've been researching ancient civilisations for years and recently came across a website which blew my mind.  I've been using symbolism in little ways for years - if people get the message great, if not then I can grin know that I've put it out there.  I'm looking for the reasons people are creative or consumer, and why the corporate machine wants us to be devoid of empathy, creativity (I know it's to create wealth, but I want to know why they need to generate such an incredulous amount).  I've written about druid and pagan associations with the organic world and I've now refined the concept to nearly an artistic statement of characters which are a force of nature.  We've got such a crap society we need to trace our roots to our higher minded ancestors and I want to create characters representative of that civilisation to be role models for people today to take us back there.

I'm trying to get to the bottom of the Annunaki and Nephilim stories to work out where the peaceful, druidic cultured race I'd like to think most people came from originated.  Using reference to elves via symbolism eg dragons and mythology, I'm depicting my concept of the graceful elder race, and the darkness they faced which has eventually turned into the mess of life we face today.  My characters such as Eris are what I want to depict in images to express who I want to see as I explore the massive subject more.  I want to have warrior queens; Gnostics who shine with insight and knowledge.  It's good symbolism, not black witchcraft occult to hurt people.  The meaning of occult is little know information, not nastiness, ghouls and demons.  I want to give life back to the druids- the wisdom teachers - and make them a force again to encourage people to think intelligently and independently.  Self awareness equals self assuredness. 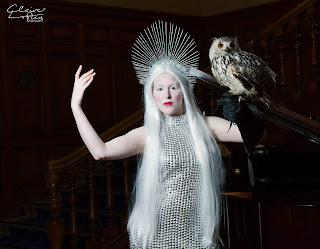 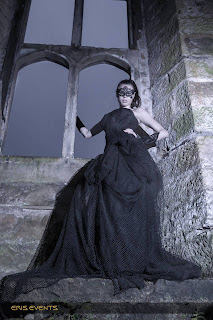 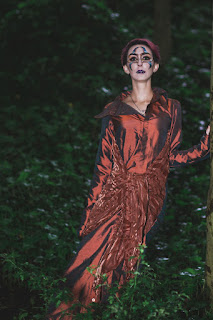 Led Zeppelin wrote lyrics that are along the lines of what I'm exploring:

Kashmir
Oh let the sun beat down upon my face, stars to fill my dream
I am a traveler of both time and space, to be where I have been
To sit with elders of the gentle race, this world has seldom seen
They talk of days for which they sit and wait and all will be revealed
Talk and song from tongues of lilting grace, whose sounds caress my ear
But not a word I heard could I relate, the story was quite clear.
In a post on songmeanings.com someone said: "Led Zeppelin were fans of the author of the Lord of the Rings series, JRR Tolkein. This song, as well as several others, has many allusions to events in the series of books Tolkein wrote. This one in particular alludes to events from The Simarillion, which is the elves' history. If you read the book and then listen to the song, you will understand."
I also find the lyrics to The Battle of Evermore are telling the same story:
The Queen of Light took her bow,
And then she turned to go,
The Prince of Peace embraced the gloom,
And walked the night alone.
Oh, dance in the dark of night,
Sing to the morning light.
The dark Lord rides in force tonight,
And time will tell us all.
Oh, throw down your plow and hoe,
Rest not to lock your homes.
Side by side we wait the might
Of the darkest of them all.
I hear the horses' thunder down in the valley below,
I'm waiting for the angels of Avalon, waiting for the eastern glow.
The apples of the valley hold the seeds of happiness,
The ground is rich from tender care,
Repay, do not forget, no, no.
Dance in the dark of night,
Sing to the morning light.
The apples turn to brown and black,
The tyrant's face is red.
Oh war is the common cry,
Pick up your swords and fly.
The sky is filled with good and bad
That mortals never know.
Oh, well, the night is long, the beads of time pass slow,
Tired eyes on the sunrise, waiting for the eastern glow.
The pain of war cannot exceed the woe of aftermath,
The drums will shake the castle wall,
The ring wraiths ride in black, ride on.
Sing as you raise your bow,
Shoot straighter than before.
No comfort has the fire at night
That lights the face so cold.
Oh dance in the dark of night,
Sing to the morning light.
The magic runes are writ in gold to bring the balance back.
Bring it back.
At last the sun is shining,
The clouds of blue roll by,
With flames from the dragon of darkness,
The sunlight blinds his eyes.

Characters like the May Queen living in an Avalon - the shining land - are those I want to depict, sometimes futuristic versions to show their resurgence - multi dimensional people sharing experiences, developing their psyches, learning about life and living; people with self awareness and self determination to shape their lives with a holistic approach alongside empathy.  It's my opinion we should be raising our mentalities and psychological awareness, not become dumbed down.
at July 09, 2017 No comments: